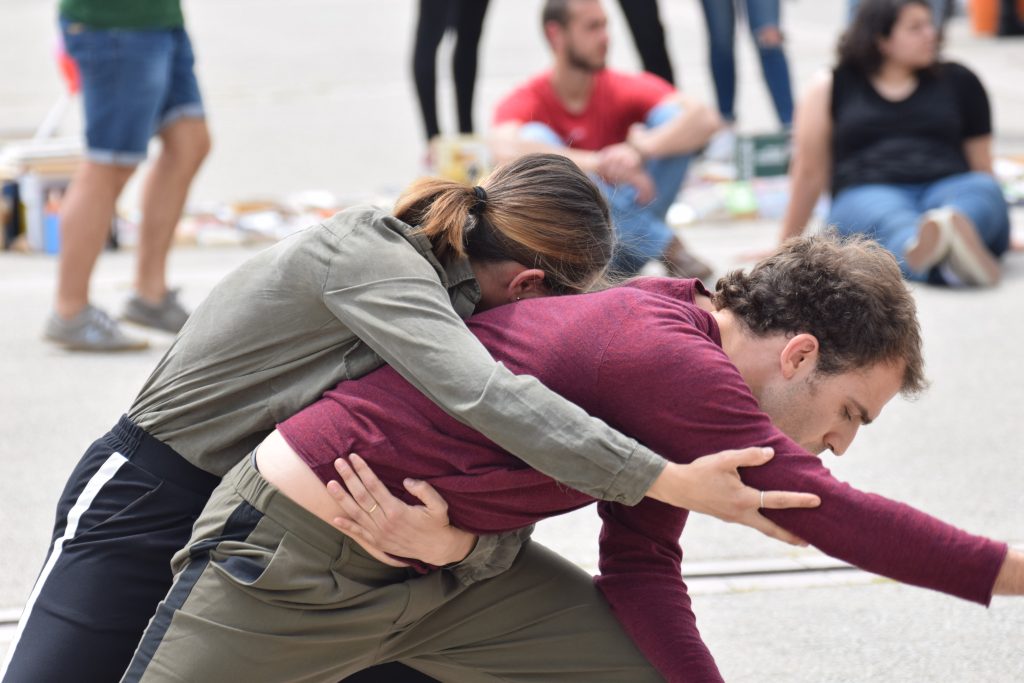 In one week we will have a new edition of Ripollesdansa, and the beautiful Laia Santanach and Miquel Barcelona delight us with their beautiful “Vaivé” proposal; And the deep Diethild Meyer and Anna Trincaö will relate our intimate proposal “Unsupportive Eloquence”; And we will also accompany the passionate students of the school Mou-te de Ripoll. That dance is the bridge through which the bonds were united to build a world where everything has room. 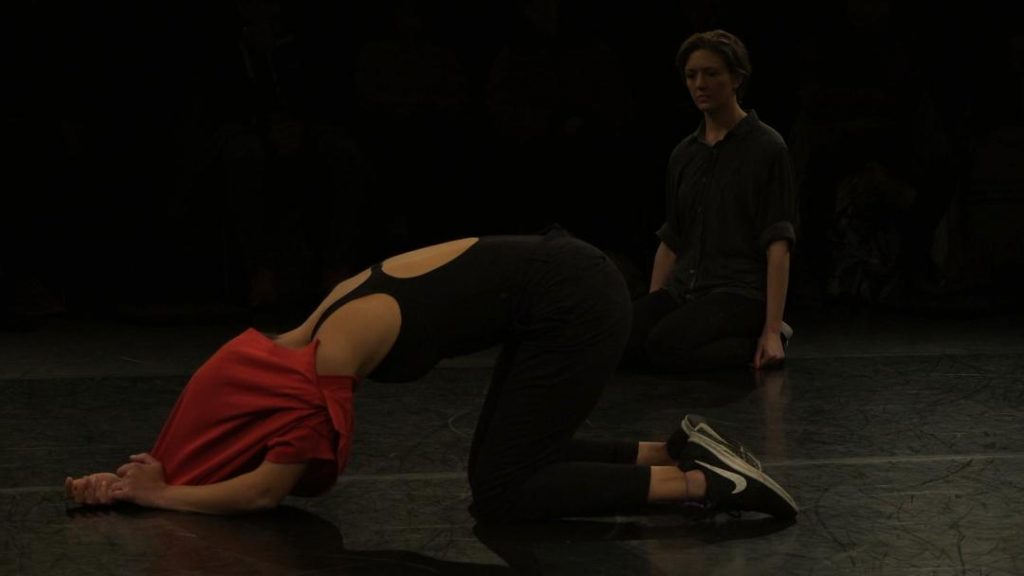 In two weeks Ripoll will fill again life, new hopes, light and color. We are very happy because this year also accompanies the enterprising, powerful, sensitive and wonderful Pepa Cases with “De Traca”; along with the always restless, curious, sommy and risky Catalina Carrasco and Gaspar Morey with “Traveling.” 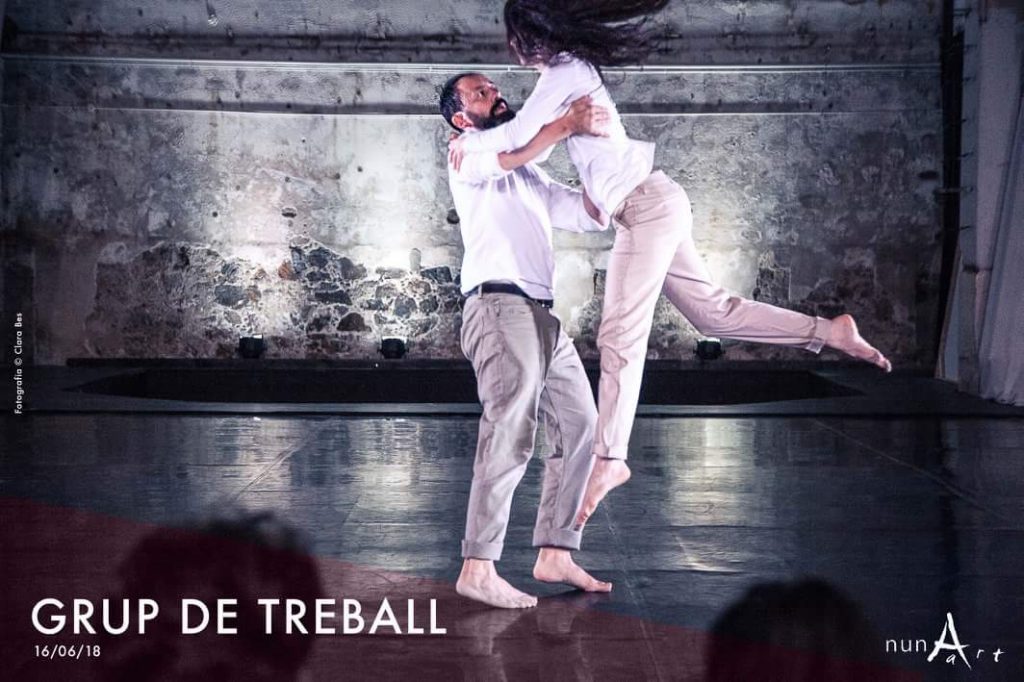 Start your account … in three weeks we find ourselves in Ripoll and we will start with the precious and incredible ones: Emma Riba and Laura Alcalà and their “Panxa del Bou”; and the delicate Irene Giró and Nacho Cárcaba and “Where there was no one” and, of course, not with the wonderful Agustín, and Map Fundation, and the interactive proposal by Ester Forment “Give me a movement”. Will you lose it? I do not! 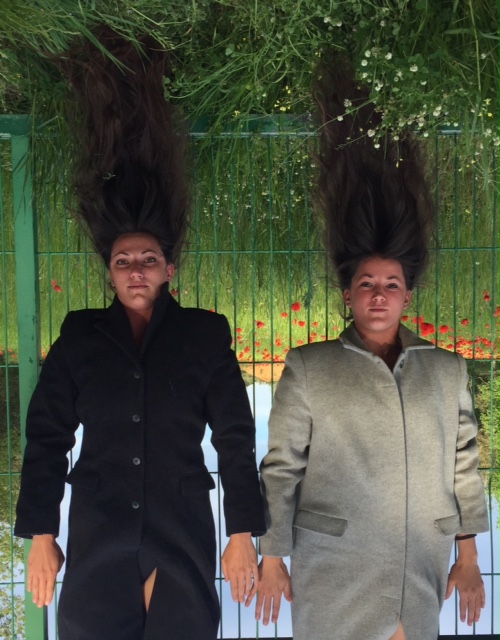 Ripollesdansa 2018 the female gazes of dance and movement.

This year in Ripollesdansa, we bet on women’s looks, the views of women who are moving forward in the course of life and dance. The look of seemingly transparent, ephemeral, and some invisible actions. However, they are Presents, always. And it is that we have devoted ourselves to looking, where it is not customary to look at women: the woman artist, the woman who lives things that are hidden, the woman who vibrates, the woman who directs, the woman who nourishes, the woman who creates, and the femininity of the man he feels, the man who inspires, the man who accompanies with sensitivity.

This year more than ever we want to give added value to femininity, in the delicate and authentic way of being in the world, and that’s why the Ripollesdansa 2018 program is 70% feminine.

In honor of the 7th edition, we also have the collaboration of Parelles de Ball, with the support of the Generalitat de Catalunya, the association of professional dance companies in Catalonia and the city council of Ripoll.

Take a look at our schedule:

Guillermo, we fall in love with your honest way of being in the world; the fragrance of your wisdoms inspires our bodys and tastes like melody. And yes, we want to repeat you, and yes, in each breath find hidden treasures of ourselves and of others.

You flow with the fury of the truest passion, and you allow us the bridges to cross us in bones, backs and hips. From you emanates so much kindness and sweetness, that the dance is dazzled to find a place of Peace, Love and Harmony.

With you we cross, once again, the certainty of life, knowing that even humble, a true symphony of naked bodies is built in essence and dressed in the most beautiful movement.

Do you go up? You `re welcome 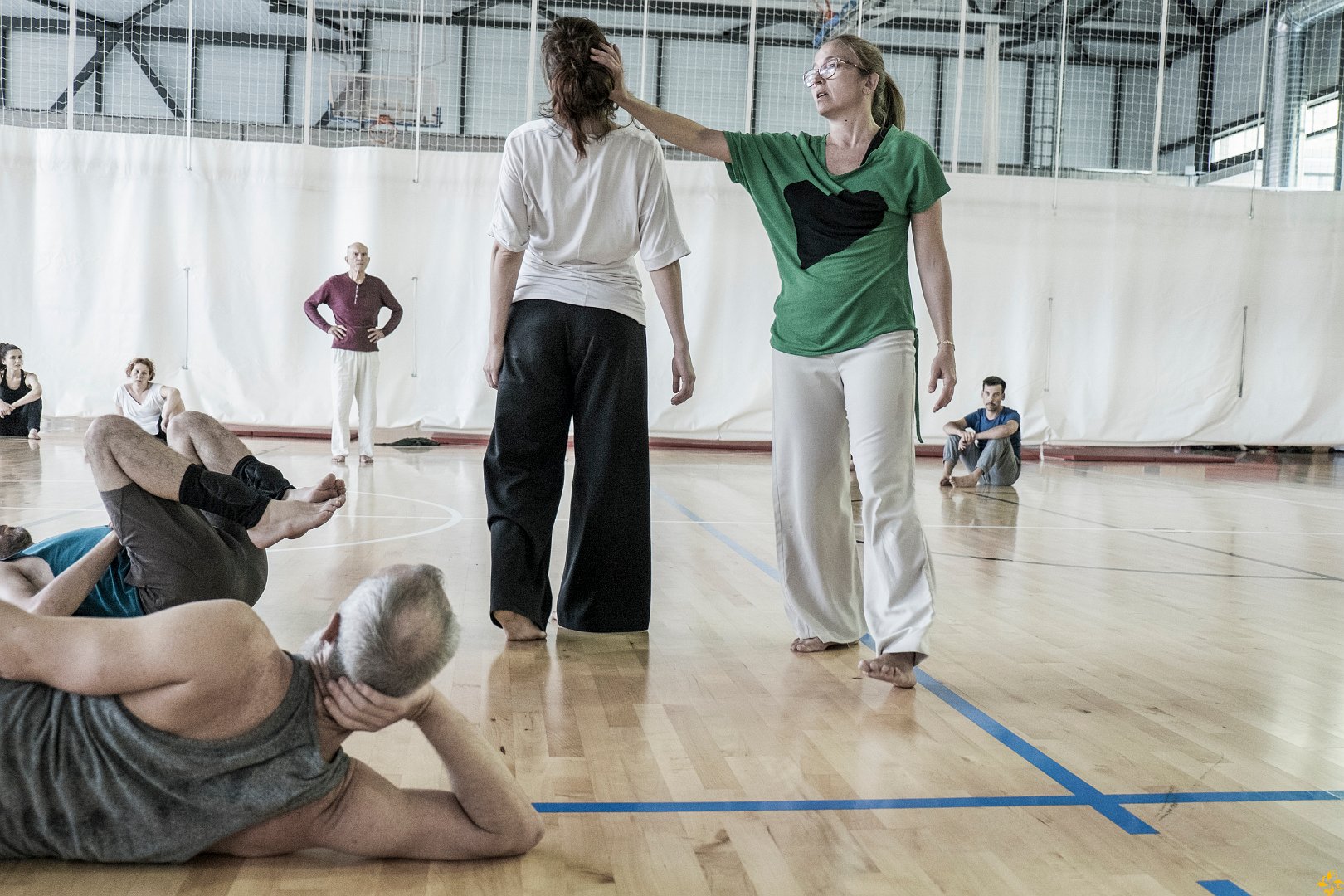 Synthesis in images of Ripollesdansa 2017

These images speak for themselves … look at them, breathe them, and if you want … or you can yearn for them or remind them … there are prints that are left in the center of the sky Lions, blood, life, love …
Class of Crsitiane Boullosa a mage of dance, movement and improvisation.
Thanks Alain Elorza: ameo, to summarize with images and in such a beautiful way … what Ripollesdansa means.
See Photos: click here 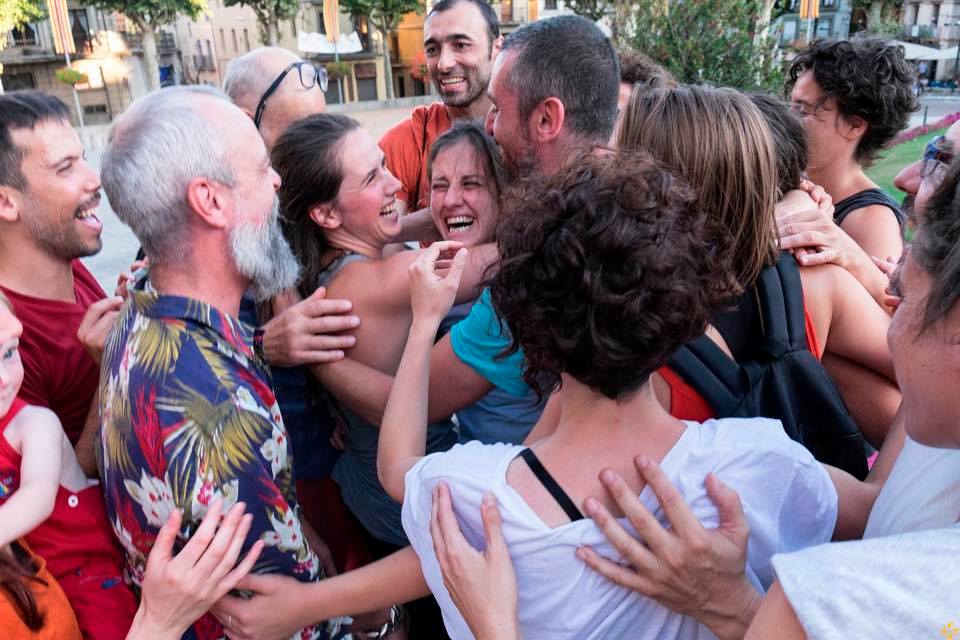 About Ripoll is Dance, hate, care, and lose the importance of one in the bosom of something bigger

“Guillermo Weickert arranged two rows of chairs facing each other across the room, and made each of us sit in one, in pairs, face to face. He urged us to get close to him, to stick our forehead and our nose to his partner’s. , Stuck our eyes in our eyes, and hold our hands in each other’s face.That’s how we left, and so we stayed for a time that seemed infinite at times.The position of the bodies sitting on the chair, the posture to make our Faces, the tension of sharing such intimacy with a stranger, the breath of one in the other, our intimate smell, the look without a vanishing point … everything added to increase the uneasiness. In the open legs, in the raised arms, in the forward lumbar … Desire to escape, and commitment to follow.
Monsters appeared before the eyes, and the person in front became a cyclops with one eye, and at times a strange being with three. The body pain increased; the restlessness, and the desire for escape, of an exit, became greater. Do not worry, said William. Soon this will be over, he went on, and my mind, in spite of the affection I had already taken in the previous days, could not help complaining, I shit on the ostia, this Guillermo, will be bastard. ..
After a little difficult time, he told us to synchronize inhalation and exhalation with the rest of the exercise partners.
Suddenly he heard her; The fronts and noses remained attached to those of the companion, the pupils nailed, the hands on the cheeks of the other, the bodies forced in their posture, the same breaths, smells, heat, pain. But now the focus was on something else, something bigger, the being that we were all formed.
The breaths were synchronized, a single being that breathes, a single breath that makes a being.
And while this was happening, I realized that the discomforts and pains were fading, passing into the background, becoming less important, until they became insignificant. Yes, those pains that I used to fuck in the beard of that accursed Guillermo, those same pains so important at the time, had disappeared?
To lose the importance of one, in the bosom of something bigger.
After the intensity of the exercise I sat down to take a deep breath, and I felt clearly how many times in my life this had happened to me, how the problems that hurt me and seemed to constitute the whole world around me, how when changing the focus, and looking beyond me, those problems disappeared.
Pain, suffering, the desire for escape, feeling no way out, the awakening of rage, hatred, all of this can be out of control, and can also be used to generate an explosion, a burst of anger, violence. This way you can get a person to get into a van and murder everyone who had the misfortune to walk along the Rambla at that time.
I really hope that the day will come when we realize that we belong to something bigger, and our pains as a Muslim, Catalan, Real Madrid, precarious, scholar, director, woman, divorcee without custody, son Forgotten, of artist without perspectives, of whatever it is that afflicts our lives, all this transcended in our conscience to be generating a common breathing, between all the people, between all the life that is in the planet, and then the ignorance and hatred of difference becomes the support and care of the other, because it is one.
I come to mind and blood the words of Marlene Jöbst, put at the service of something bigger, put at the service of life, art …
I also resonate with my own body experience in which one can leave his body, let another manipulate it at will, and enjoy the experience and mutual learning. And that is only possible because you feel cared for the other. The abandonment of one in the care of the other.
So let us take care, let us take care to be cared for, to be able to abandon ourselves, to forget our importance, and to transcend, placed in the service of something greater.
The abandonment of one in the care of the other, at the service of the whole.
#RipollesDansa “ 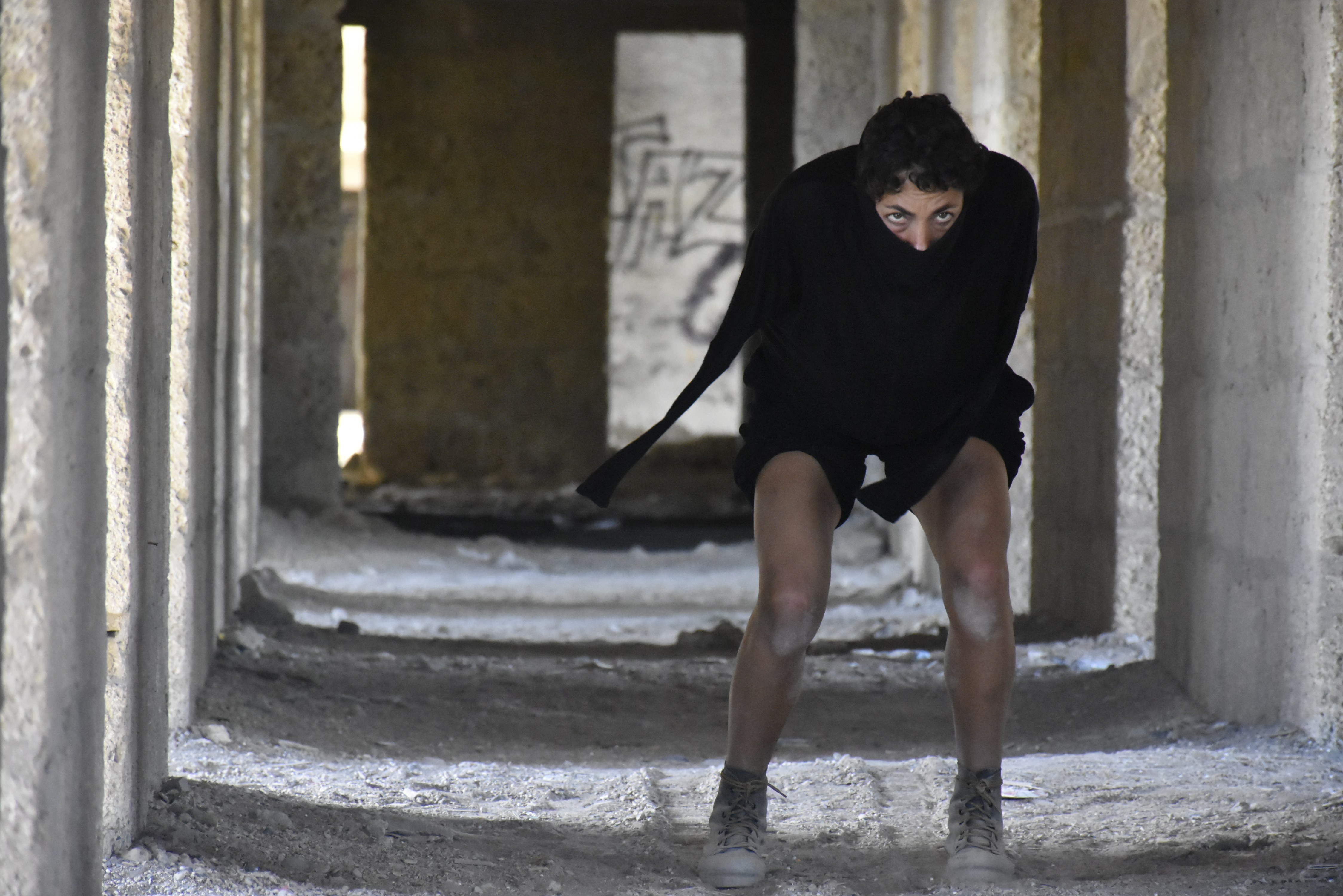 Desert Rose: Deprived of liberty, without wings, with feet that sink into the infinite sand of a nameless desert… Me… No one… More endangered than never they believe defending and they get lost… they… No one. And to avoid it borns in me a dream of let go through the heart; a heart between trails and mountains, humble, at ground level. ”Desert Rose” is a scream from the inside, a desire of giving voice to all these people who cross oceans and deserts, looking for a better future.

She is Paloma Hurtado magical, sensitive, brilliant… we’ll see on Ripollesdansa 2017, and you?

Do you want to dance?

From July 24 to 30, 2017, RIPOLLESDANSA will continue thanks to the will of many people who with their LOVE, their unconditional support, tenacity, temperance and trust, have believed and supported from the beginning a MicroFestival of these characteristics where they converge Professional and restless of the dance, who have the opportunity to live together and share their concerns for a week. And the magic does not rest here, because for a week the town of Ripoll is painted with movement, people, new airs, new lives, stories won and perhaps lost battles …

This year we’ll join  by great dancers, movement educators, artists and better people. We especially want to thank you publicly for agreeing to share this trip. Can you come with us?

In the morning, a workshop will be given by Guillermo Weickert. In the evenings, in the Creation Laboratory in Composition given by Cristiane Boullosa, we will open spaces of creation and scenic sensibility.

And before dinner, we filled a space of Ripoll with precious proposals and with much magic, of the hand of the Innato, Mamen Agüera; The Woman of the Butcher, Map Fundation, Integralleure, Ester Forment, NöTchäo, Krego-Martin Dance, Antonio Izquierdo, Input Cia, Cia Pieldearena, Miquel Barcelona, ​​Angel F. Mateo and the participants of Ripollesdansa 2017. Finally, at night, and the more resistant, we will continue dancing in the night jams.

Are you aiming for the trip?

Dance to meet you

They are Los Innato and come from Costa Rica to fill us with love, discovery, energy and vitality.

Their desire, their passion and their energy fell in love for miles.

They will be in Ripollesdansa 2017, and you?

From 24 to 30 July in Ripoll move bodies, bones, souls and desire, you climb?

We will wait for you.

Dance to meet you